I was working the track the other day and a buddy of mine was in the flagger stand just watching. And he looked down and seen a big ol coach whip snake crawl up under the plank that goes to the flagger stand. Incase you don’t know coach whips are very aggressive non venomous snakes. So Cody and I were driving around the track and I pulled up to the stand and was telling him about it and all of a sudden he yelled out of no where “got dam Clayton!” I said “what!” he said two of em slithered from right next to him from the hay bails! So one went back under the plank into that hole and the other stayed in the hay. I went and got my pistol and came back and before I could even get the words out of my mouth “let’s look in these bails” I yelled “it’s looking right at me!” I pulled out my pistol and shot once in the head! So we could see the other one in the hole underthe plank so I got one of my frog gigs and got em out and shot it once in the head. Took em back to the shop and whipped out my leatherman that my lovely wife bought me for crimas and skinned em. Rolled em up and put em in my freezer! So I’ll tan em on a later date and try to make a hat band or belt or something out of em! 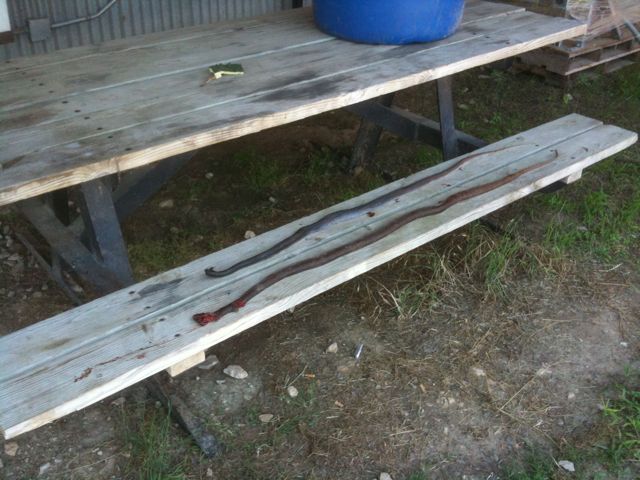 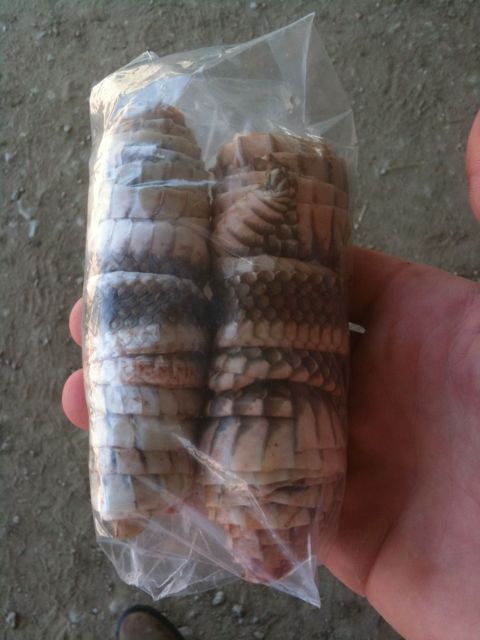